At Explainly, we live and breathe animation! 2D, 3D, live-action, stop motion, and mixed media animation can be used in movies, television, advertisements, video games, software experiences, e-commerce, short films, fine art, websites, and more. The possibilities are endless! As the animation industry continues to grow, let’s take a moment to look back at the history of this incredibly versatile medium.

The use of multi-frame illustrations to bring photos to life dates back much farther than the history of film. From ancient cave paintings to early Grecian pottery to Egyptian hieroglyphs, illustrations depicting scenes of movement like a comic strip have existed in many forms. Throughout the 19th century, devices like the thaumatrope, phenakistoscope, and zoetrope were invented to create combined moving pictures by using different forms of rotating disks

Soon after, motion-picture film technology marked the beginning of widespread cartoon animation. James Stuart Blackton’s ‘Humorous Phases of Funny Faces’ (1906) is credited as the first fully animated film to be created using stop-motion photography. While these blackboard chalk drawings may seem primitive, it was the first time many crowds had seen a drawing come to life before their eyes! Other historians consider French cartoonist Émile Cohl’s ‘Fantasmagorie’ (1908) to be the first hand-drawn animated cartoon. Cohl’s film consists of 700 double-exposed drawings of playful, fluidly-moving stick-figure characters, creating a reality-defying 2-minute story.

More widely distributed early 20th century animations, like Windsor McCay’s ‘Gertie the Dinosaur’ (1914) and ‘Felix the Cat’ (1919) truly brought animation into the public limelight for the first time. They were also some of the first films to feature true character development, to combine animation with live-action techniques, and laid the foundation for industry-standard techniques like keyframing and in-betweening, registration marks, timing charts, and animation loops on translucent celluloid pages. 1928 brought about Ub Iwerks’ and Walt Disney’s ‘Steamboat Willie’ which featured a fully synchronized musical score and starred none other than Mickey Mouse.

The Rise of the Medium

Disney quickly rose to the public forefront, creating increasingly realistic and beautiful films through traditional cel animation, and pioneering methods like music synchronization, the expensive three-strip Technicolor camera, and the illusion of depth with the multiplane camera. From ‘Flowers and Trees’ (1932), to the first ever full-length animated feature film, ‘Snow White and the Seven Dwarves’ (1937). Throughout the suffering of the Great Depression and World War II, animation boomed. Walt Disney Animation Studios’ secured their spot in history as world-class storytellers. This includes their famous group of core animators and directors known as the Nine Old Men, as well as the lesser known but ​​invaluable women of the Ink & Paint department.

Concurrently, Max and Dave Fleisher were creating and animating lovable characters including Betty Boop, Koko the Clown, and Popeye the Sailor. In the process, the Fleisher brothers also invented the technique of rotoscoping – drawing over live-action film as a reference to create more realistic animated movements – which is still used by some animators to this day. They also developed a unique stereoptical process in 1933, that involved building and sculpting mini sets, with animation cels photographed within the rotating turntable set.

Classic short films produced for theaters by Warner Bros., MGM, and Disney found new life in the 1950s and 1960s through television broadcasts. As TV became the entertainment medium of choice for American families, the animation industry pivoted in that direction. This led to the earliest recurring kids-specific cartoon shows, including Hanna-Barbera’s ‘The Flintstones’ (1960), ‘The Yogi Bear Show’ (1961), ‘The Jetsons’ (1962), and ‘Scooby-Doo’ (1969).

Filmation also quickly rose to fame for their now-nostalgic animated adaptations of DC comics, Marvel Comics, Star Trek, and even pop groups like The Beatles. In addition to regular shows during this era, noteworthy TV specials stole audiences’ hearts – most notably ‘How the Grinch Stole Christmas!’ (1966) based on the story by Dr. Seuss, and Peanuts specials starring Charlie Brown and Snoopy.

As demand increased for episode quantities, and as budgets and schedules became more constrained, studios began to favor “limited animation” techniques. These methods entail reusing frames of animation, or “holding” most elements of a character still on the same drawing for multiple frames, while only animating certain parts of the character at a time, such as the mouth or hands. As Saturday-morning cartoons took the limelight, full-frame animation – timed “on ones”, or on 24 frames-per-second – became rare. Many high-quantity limited-animation series were based on existing properties or toy lines, like Mattel’s ‘He-Man and the Masters of the Universe’ (1983), Hasbro’s ‘G.I. Joe’ (1983), ‘The Transformers’ (1984), ‘Care Bears’ (1985), or the highly successful Belgian-produced Hanna-Barbera series ‘The Smurfs’ (1981).

In the late 1980s and early 1990s, a renaissance of animation quality was brought about by the creation of The Disney Channel, Nickelodeon, and Cartoon Network, paired with a new wave of talent from the generation below Disney’s Nine Old Men. It was during this era that Matt Groening created ‘The Simpsons’ (1989), which has since become the longest-running scripted primetime television series in US history. Funny and artistic new titles quickly became classics, including ‘Dexter’s Laboratory’ (1996), ‘The Powerpuff Girls’ (1998), and ‘Ed, Edd n Eddy’ (1999). MTV also helped to popularize the medium through airing highly creative 2D, 3D, and claymation animated music videos, like Peter Gabriel’s ‘Sledgehammer’, A-ha’s ‘Take on Me’, Dire Straits’ ‘Money for Nothing’, as well as Bill Plympton’s micro-toons.

The success of increasingly daring and provocative cartoons prompted the creation of the first majorly popular adult-targeted shows like ‘Beavis and Butt-Head’ (1993),  ‘South Park’ (1997), ‘King of the Hill’ (1997), Family Guy (1999), and Futurama (1999). The Y2K period also led to many more animated kid’s shows, prime-time TV cartoons, video game developers, and indie online game developers to shift away from pixel programs and classic celluloid pages, instead to the digital medium, by utilizing vector software like Adobe Flash.

While Disney’s ‘Cinderella’ (1950), ‘Lady and the Tramp’ (1955), ‘One Hundred and One Dalmatians’ (1961), and ‘The Jungle Book’ (1967) are certainly remembered in posterity, all types of animation were being produced across the world during the mid-20th century. The highly influential ‘Fantastic Planet’ (1973) from France, The Beatles’ ‘Yellow Submarine’ (1968) from the UK, and ‘Havoc in Heaven’ (1964) from China, are just a few out of many outstanding international films – many of which helped broaden animation’s audience to adults and teens, instead of exclusively children.

One amazing film that went in and out of brutal production in the UK from 1964 to 1993 was ‘The Thief and the Cobbler’, produced almost exclusively by legendary animator Richard Williams, without CGI. However, this fantastic film went unfinished, primarily due to the lack of budget to achieve the stunning complexity desired. Williams stated that his goal was “to make the best animated film that has ever been made—there really is no reason why not.” While it went unfinished, the existing animation impressed Roberk Zemeckis and Steven Spielberg enough to ask Williams to direct the animation on ‘Who Framed Roger Rabbit’ (1988).

Within Japan specifically, anime and printed manga gained enormous popularity in mainstream culture. Limited-animation techniques in anime generally had a stronger emphasis on cinematic aesthetics and illustration detail, rather than movement. Mecha and sci-fi anime are some of the most iconic genres, but just a few of the most beloved creations include series like ‘AstroBoy’ (1963), ‘Speed Racer’ (1967), ‘Dragon Ball’ (1986), and movies like ‘Akira’ (1988), ‘Ghost in the Shell’ (1995), and Studio Ghibli’s ‘My Neighbor Totoro’ (1988).

While it never quite dominated the animation industry compared to “traditional” styles, there is still certainly an ever-growing wealth of charming, intriguing, and inspiring stop motion animation. Stop motion is the frame-by-frame photography of physical objects to create the illusion of independent motion, instead of drawings or computer-renders. Any item can be animated, but the most commonly used objects are paper cutouts or puppets with movable joints, plasticine figures, or clay built around armatures.

LAIKA’s ‘Coraline’ (2009) and ‘Kubo and the Two Strings’ (2016) utilize some of the most advanced stop motion and modeling techniques to date. By utilizing 3D printers, Laika created over 31,000 individual face parts during the production of ‘Paranorman’ (2012), allowing for over 250 unique physical faces to be used on one character in one unbelievable 27-second shot.

As the 1980’s animated TV market grew saturated, feature-length animated films were viewed as a children’s medium and became less and less prevalent. That was until Walt Disney Animation released the animated musical ‘The Little Mermaid’ in 1989, which was enjoyed by kids, teens, and adults alike nearly 22 years after Walt Disney’s death in 1966. The studio’s subsequent films ‘Beauty and the Beast’ (1991), ‘Aladdin’ (1992), ‘The Lion King’ (1994), ‘Mulan’ (1998), and ‘Tarzan’ (1999) broke records and won countless awards. 3D techniques were used and improved throughout these films, as well as through special effects in commercials and films like ‘Tron’ (1982), ‘Terminator 2’ (1991), and Industrial Light & Magic’s ‘Jurassic Park’ (1993)’. Disney and Pixar specifically had collaborated on the Computer Animation Production System (CAPS) for ‘The Little Mermaid’, which replaced the expensive method of inking and painting cel frames by hand.

However, these technologies culminated in Pixar’s breakthrough feature hit ‘Toy Story’ (1995), which required 117 computers running 24/7 to render the final movie. Fully 3D animated feature films and motion capture visual effects reached even greater achievements after the turn of the century. ‘A Bug’s Life’ (1998), ‘The Matrix’ (1999), ‘Star Wars: Episode One’ (1999),  ‘Shrek’ (2001), ‘The Lord of the Rings: The Two Towers’ (2002), and ‘The Incredibles’ (2004) were a few of the first ambitious steps toward the indistinguishably realistic 3D, CGI, and VR technologies we see today.

While the primary discussion of animation usually focuses on movies and television, it has been used in advertisements since the conception of the medium and is a crucial part of any business marketing strategy. Animated mascots and characters like the Trix Rabbit, Pillsbury Doughboy, California Raisins, and Tony the Tiger have been telling brand stories for decades! Part of the reason why audiences love and react to animation is due to its unique ability to portray people, places, movements, and concepts that are impossible to achieve through live-action video. It allows brands to grab their audience’s attention and easily tell engaging stories with grace and excitement. While animation can be fun and appealing to children, it can also convey complex messages with ease, or denote subtle emotions and deep meanings to viewers of any age.

At Explainly, digital hand-drawn, 2D, and 3D animation are our bread and butter. Well-crafted animated videos, films, explainers, ads, promos, and educational series are powerful tools that trigger just the right emotions and actions in their viewers. The combination of relatable characters with gorgeous illustrations, bespoke storylines, bubbly voiceover, enticing music, and punchy sound effects is a foolproof way to explain your product on your website, YouTube channel, or social pages.

We hope you’ve enjoyed partaking in this comprehensive journey through animation’s history with us  – however, the timeline doesn’t end there in this rapidly advancing creative industry! If you ever have questions or would like to learn more, be sure to reach out or book a chat with us today. 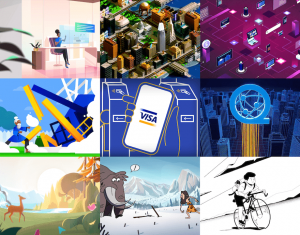 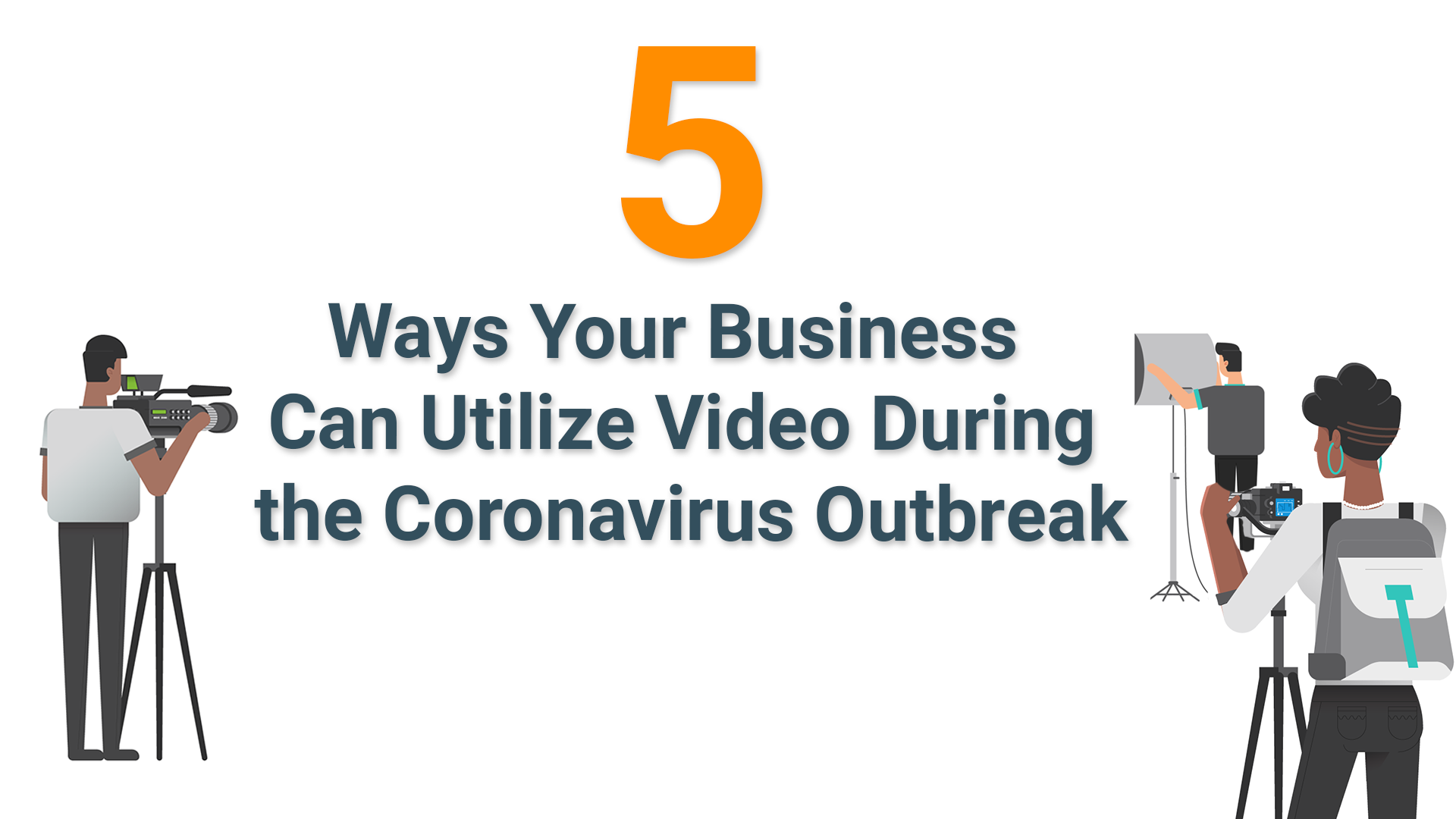 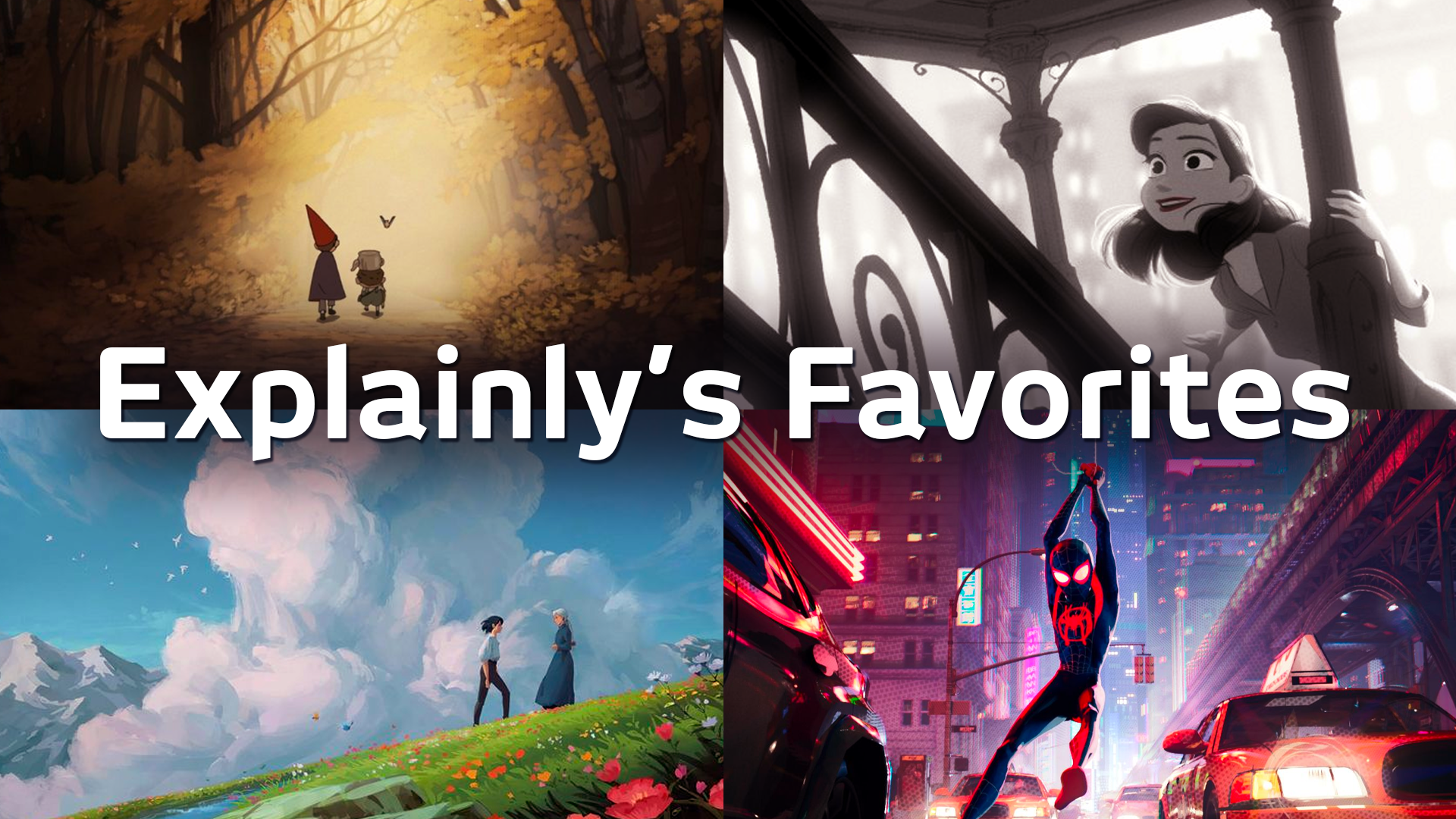 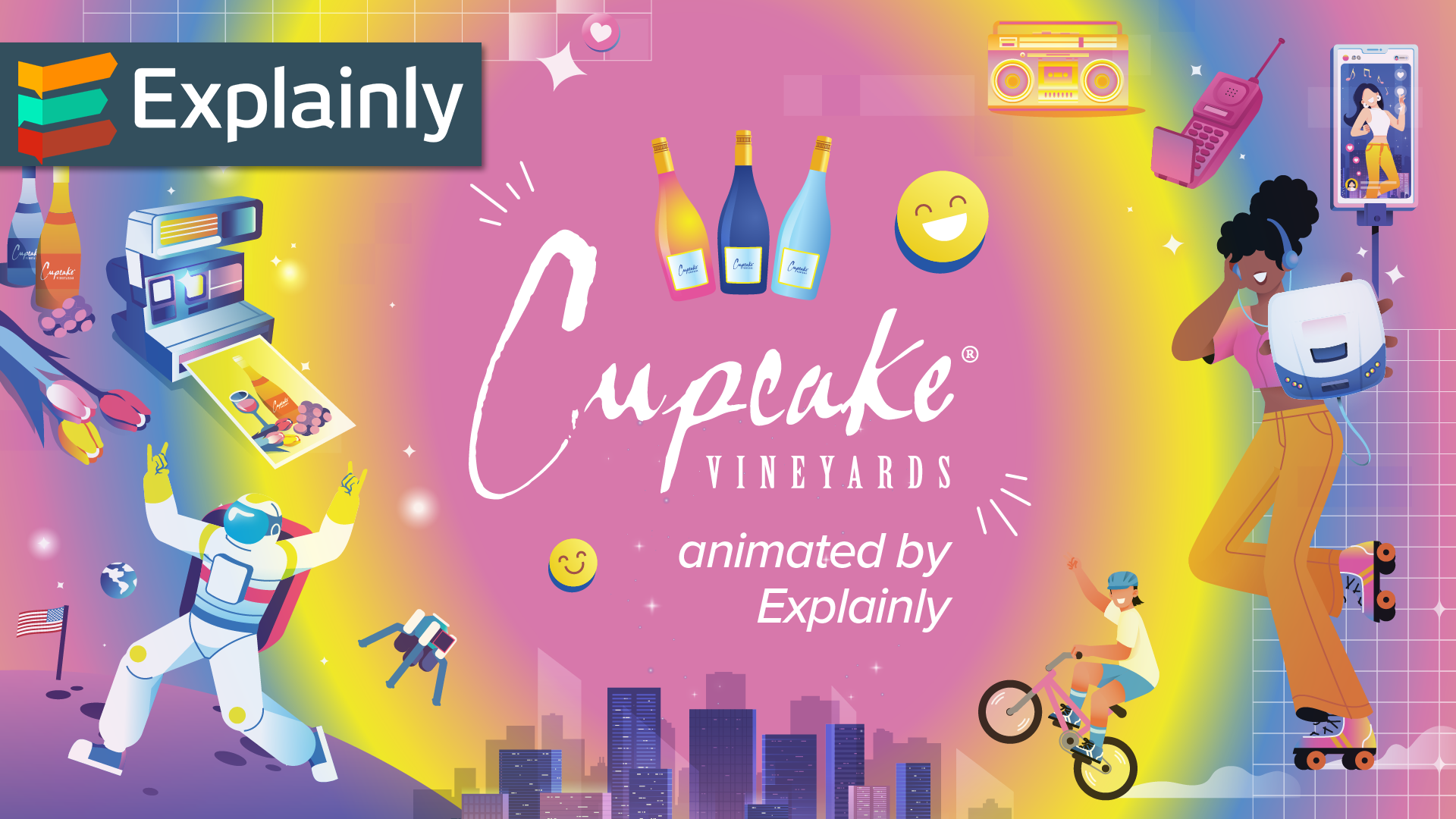